A Theorem is a truth, comprised of established truths.

Theorem Media builds coalitions and advisory boards of the very best and brightest from across dozens of disciplines. We bring together strategists, directors, producers, writers, journalists, brand architects, technologists, educators, hackers and trans-media artists around a purpose. Creative cohorts that share a passion for making complex issues not only accessible, but also entertaining. With the guidance of these teams, we then create and distribute digital first content using multiple formats and channels. All of this drives massive digital engagement as the baseline for 21st Century learning.

We bring audiences to action through entertainment.

Our team shapes new perspectives through myriad lenses. We are relentless about building teams of collaborators that come from different backgrounds, push for new ways of thinking and value diversity of thought. 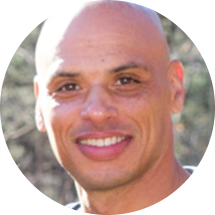 Benjamin Alderfer has 20 years of experience in biotech and pharmaceutical sales and sales-leadership. He is currently with Daiichi Sankyo’s oncology division. Throughout his career he has built cross-functional and cross-organizational teams including doctors, hospitals, pharmacies, administration executives and NP/PAs in an effort to centralize the care around the patient. He has a deep passion for Organizational Psychology, race relations and building teams to overcome complex issues. 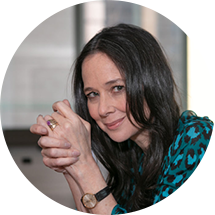 A member of the Council on Foreign Relations and a French-American Foundation Young Leader, Jen is a Senior International Security Fellow at the New America Foundation. She is also a Fellow of the 2018 class of the Aspen Finance Leaders Fellowship and a member of the Aspen Global Leadership Network. A distinguished graduate of the United States Military Academy at West Point, Jen holds a Master’s degree in Philosophy, Politics, and Economics from the University of Oxford, where she studied as a Rhodes Scholar. A Trustee of the Morgan Stanley Foundation, Jen serves on the Board of Nuru International, a non-profit focused on the eradication of extreme poverty; the Board of the James W. Foley Legacy Foundation, a non-profit dedicated to advocating for the safe return of American hostages; and on the Board of Theorem Media, a non-profit focused on harnessing the power of storytelling to educate on the most important issues of our time. She is the 2018 recipient of the James W. Foley American Hostage Freedom Award. Jen Easterly is a Managing Director of Morgan Stanley and Global Head of the Fusion Resilience Center, established in December 2019 as an expansion of the Cybersecurity Fusion Center to ensure preparedness and response to any business-disrupting operational event, from cyber and fraud, to technology incidents, weather events, geopolitical unrest, terror attacks, and pandemics. Jen joined the Firm after nearly three decades in U.S. government service to design and lead the Fusion Center. Prior to joining Morgan Stanley, Jen served on the National Security Council as Special Assistant to the President and Senior Director for Counterterrorism, where she led the development and coordination of U.S. counterterrorism and hostage policy. Prior to that, she was the Deputy for Counterterrorism at the National Security Agency. A two-time recipient of the Bronze Star, Jen retired from the U.S. Army after more than twenty years of service in intelligence and cyber operations, including tours of duty in Haiti, the Balkans, Iraq, and Afghanistan. Responsible for standing up and leading the Army’s first cyber battalion, Jen was also instrumental in the design and creation of United States Cyber Command. 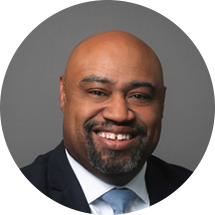 Director of Admissions at International School of Brooklyn

Torsie Judkins is currently the Director of Admissions at International School of Brooklyn. Prior to ISB he held positions at Town School in New York, Rye Country Day School and Durham Academy. He has been a teacher, a coach and an administrator and has a deep passion for helping kids not only access Independent Schools through admissions counseling but also helping students flourish in these new and sometimes challenging environments. He holds a bachelor's in business administration from North Carolina Wesleyan College and a Master of Professional Studies in educational leadership from Manhattanville College. 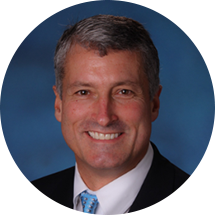 Joseph W. Seivold has worked in some of the finest independent schools in the country, including Durham Academy, The Blake School in Minneapolis, and now as the Headmaster at Berkeley Preparatory School in Tampa, Florida. At Berkeley, he leads a thriving 86-acre campus that is home to approximately 1,380 students and 300 faculty and staff. Joe played a vital role in helping the school complete the $65 million Above & Beyond capital campaign, and is currently focused on innovation in the curriculum in all three divisions. Mr. Seivold graduated Phi Beta Kappa from UNC with a degree in history. While at UNC, he was an Academic All-American and a four-time All-American lacrosse player. He holds a master's degree in Education Administration from St. Mary's University of Minnesota. 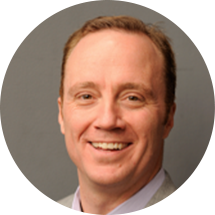 Douglas Dicconson is a driven media executive with a deep passion for creating entertaining educational content as a way of driving a better future in the digital age. He has delivered award winning global communications campaigns including film, TV, digital, print, outdoor, event, original programming and mobile applications. His work has been honored by Clio Awards, Webby Awards, London International Advertising Awards, Tribeca Disruptive Innovation Awards and Cannes Lions. He has developed, produced and distributed creative content for organizations including P&G, GE, The Camille and Henry Dreyfus Foundation, and Paul Allen (Vulcan Productions). 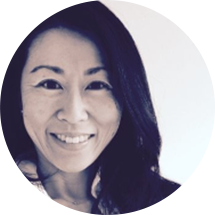 Kimberly Dicconson has more than 15 years of experience leading creative strategy and execution, including significant depth in copywriting and global consumer/audience insight research. She spent her early career working in Advertising at Grey, Euro RSCG, H&S and others. She has written for print, TV, video, web and social media channels for client partners including P&G, Aventis, Pfizer, The Dreyfus Foundation, GE and Toyota. 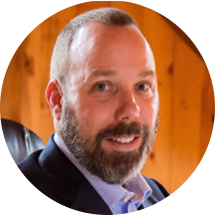